How much do billboards cost?

This is not an easy answer

Every billboard is a different price.
This is not an easy answer. The cost of billboard advertising depends on format, circulation, location, demographics, and impressions. Physical billboard costs average $250-500 per month in rural areas, $1,500-$4,000 in small to midsize cities, and $4,000-$15,000 and up in larger markets.
For an effective campaign, one should plan on at least 3 months to get noticed and see feedback.
Billboard advertising costs are affected by circulation, demographics, and impressions. Together, these factors lead into the billboard’s out-of-home (OOH) rating as determined by Geopath.
Are the numbers fudged? No, it is all determined by creditible third party sources.

Learn more about our packages and plans

We offer affordable solutions, tailored to meet your needs. 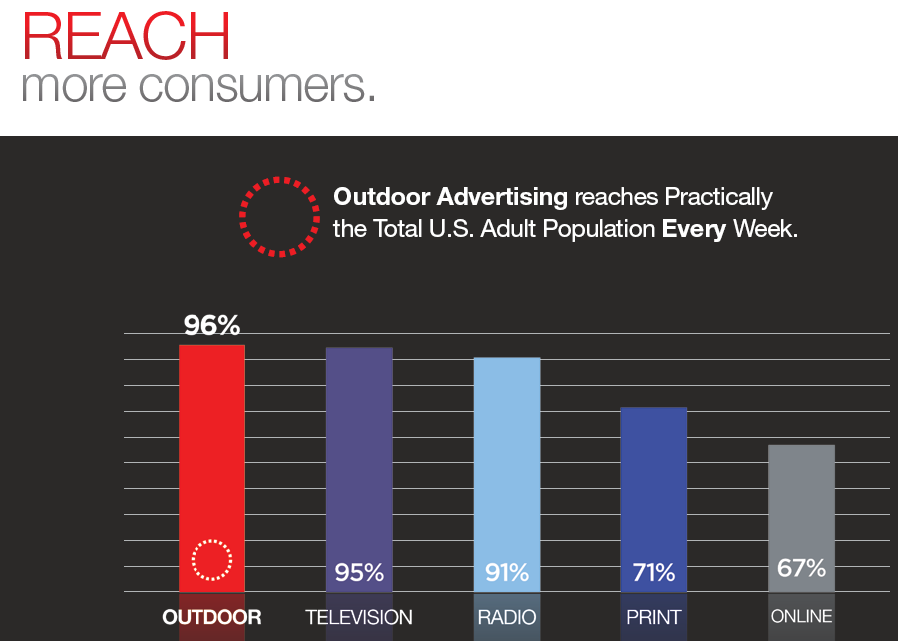 Reach is the percentage of a target audience which will be potentially exposed to an advertising message at least once during a specified period of time. Reach is normally measured over four week campaign period.
Outdoor advertising reflects the highest reach as compared to teevision, radio, print an online ads. 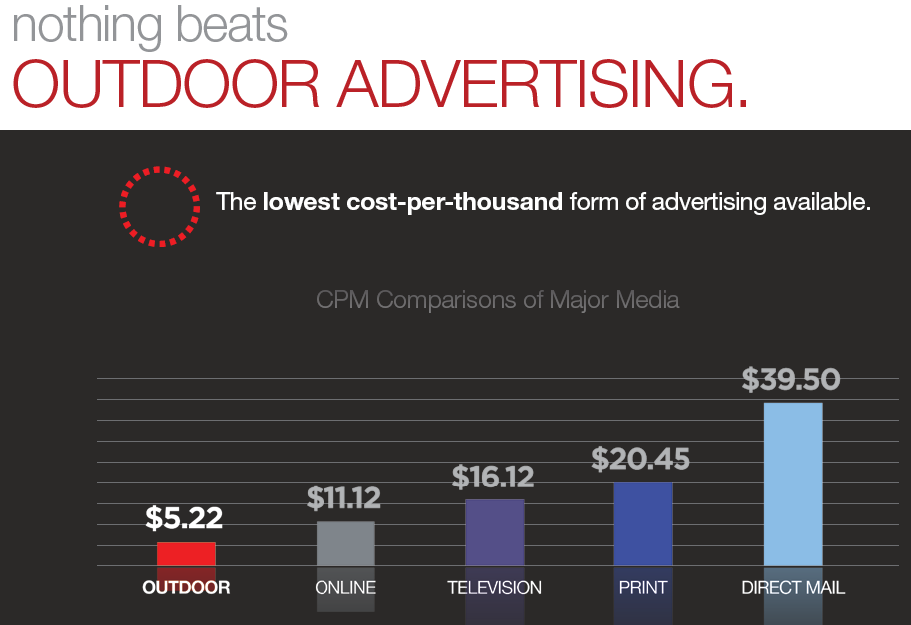 The Cost per Impresson is a marketing term used to denote the price of 1,000 advertisement impressions. If a website publisher charges $2.00 CPM, that means an advertiser must pay $2.00 for every 1,000 impressions of its ad.
Outdoor advertising reflects the lowest CPM as compared to other forms of advertising. Digital ads, radio, television, print and direct mail have a higher Cost per Impression.

How am I invoiced?

Most out-of-home media is billed in 4-week cycles.
Generally, you need the first month fee, last month fee and upfront costs to be paid initially.
Get Started

Are there upfront costs?

There are printing costs. And typically a cost to deploy a crew to install and de-install your advertisement.
Get Started

Should I go digital?

If you are a running a short-term campaign, or need to install quickly, digital ads are the way to go. You don’t have printing costs and typically installation is free.
Get Started